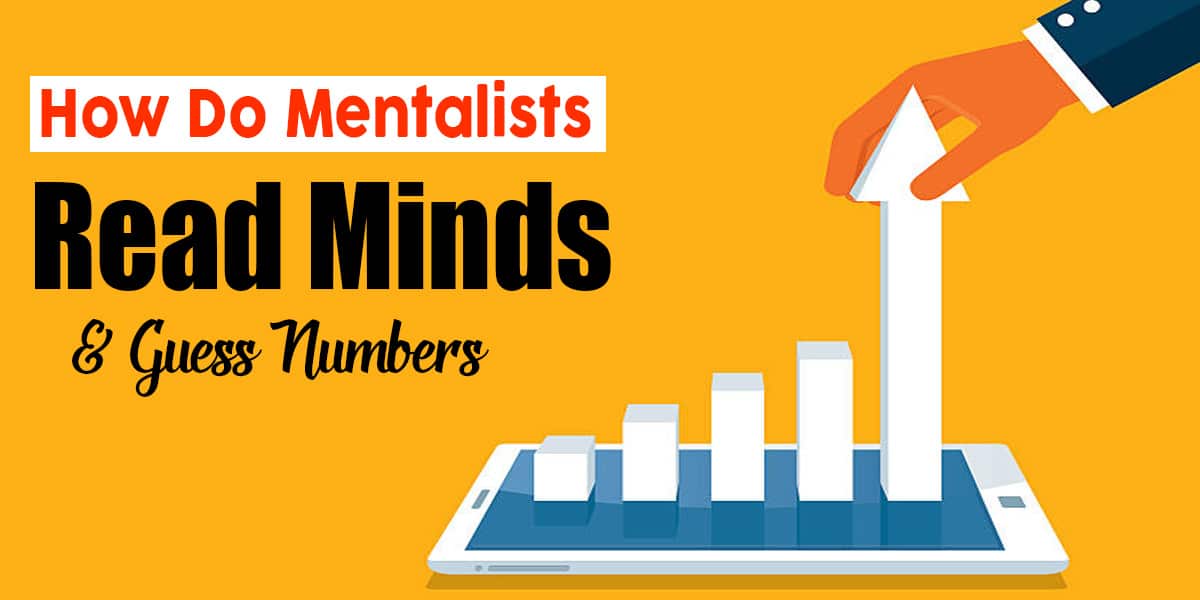 Many are often tricked by the occasional street performer who tries to guess our ATM pins, a number in our mind, or any alphabet letter that we were thinking about.

They’ll often ask you to write a number on a piece of paper as they also write down a number. Then they’ll ask you to show your number to the audience and when they show they number they’ve guessed; you get astonished by seeing the same number written that you had.

At this point, you are stunned by that trickery and think how do mentalist read minds. Are they some sort of super human, a sorcerer, a genius, or a magician who can simply enter in your mind and guess the things happening in there?

Well, I’m sorry to say it, but you would be wrong. There is no one earth that can enter the mind. Even hypnotists can’t read your mind.

But if magicians can’t read your mind, then how do mentalist guess numbers?

Well, all they do is try to control your mind by using some simple tricks and tactics. This subject could turn into a long discussion, but for those street performing Mentalists that somehow know your phone number or pin # are no super humans but simple humans.

They use special tools and equipment to trick your mind. Moreover, there isn’t just one but there are number of ways in which illusions are created to get people astounded.

You may or may not have met a person who has a pencil and index cards in their hand; they make you think of a number, then ask you to write it on the card, and later show you their card with same number written on it. How do mentalist do it?

The trick they use is in their hand and you do not notice it because it’s too small. They pretend that they have written the number along with you however they write the number once you announce number by using swami gimmick pencils.

It’s a tool that comes with a ring that’s made in the color of your skin and has a lead on its tip. They have regular pencil that they’ll make it a point to show to you and when you’re writing your number, all they do is pretend to write their guess, but they write it later by using swami gimmick lead or pencil.

If you do some practice, you can end up writing long form numbers without any troubles. However, they mostly ask you to write a single digit number.

Another mentalist trick you may have seen is someone sitting at their desk with a marker, some envelopes and index numbers in their hand.

They’ll simply give you the card and marker and ask you to write a number on it and then put it in the security envelopes that are not see-through ones. After that, they touch envelop and tell you the exact number, figure, or a word you had written there. This is not magic but again a trick. So how do mentalist read numbers?

Though the envelopes are security envelopes and you can’t see through them at first glance. Actually, if you put straight cards inside envelops, you cannot see their shadows.

Therefore, the trickster bends the cards a bit just slightly to remain unnoticeable. Secondly, the marker they gave you will be pointy enough to make an easy impression on the envelop wall so that the mentalist can read it. By doing so, they read from the shadow on the card and guess your number.

These are just a couple examples of how mentalist read minds and guess numbers. If you want to become a mentalist, it will require a lot of practice because some people are really sharp and they’ll easily catch on to and understand your tactics.

There’s a mentalist training course called Master Mentalism. This course reveals the secret truths behind popular mentalist tricks. It will even teach you how magicians like Dave Blaine, Criss Angel and David Copperfield perform their most amazing tricks

Save
How Do Mentalist Read Minds And Guess Numbers?